Miklós Radnóti, Sándor Weöres, Attila József, Shakespeare - some of the authors whose poems are hidden in the public squares of Pécs. In the city centre and on the Mecsek side, we found many of these works on house walls, light poles and distribution boxes. 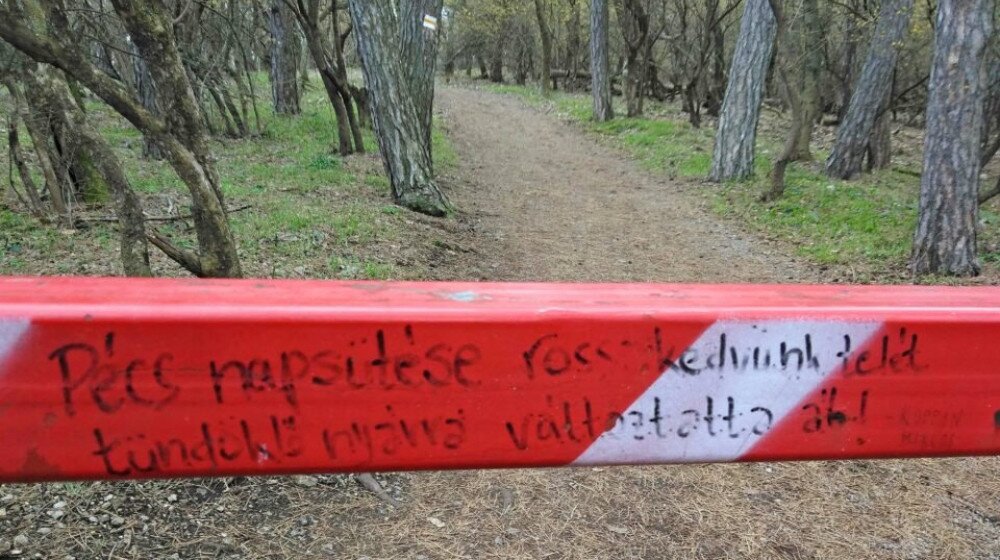 "Now is the winter of our discontent made glorious summer by this sun of York", begins the opening monologue of Shakespeare's Richard III. The quote is on a turnstile on the footpath to Tubes, with the prefix Pécs instead of York. Its author is not known, nor are any of the other poems or quotations scrawled on public spaces. 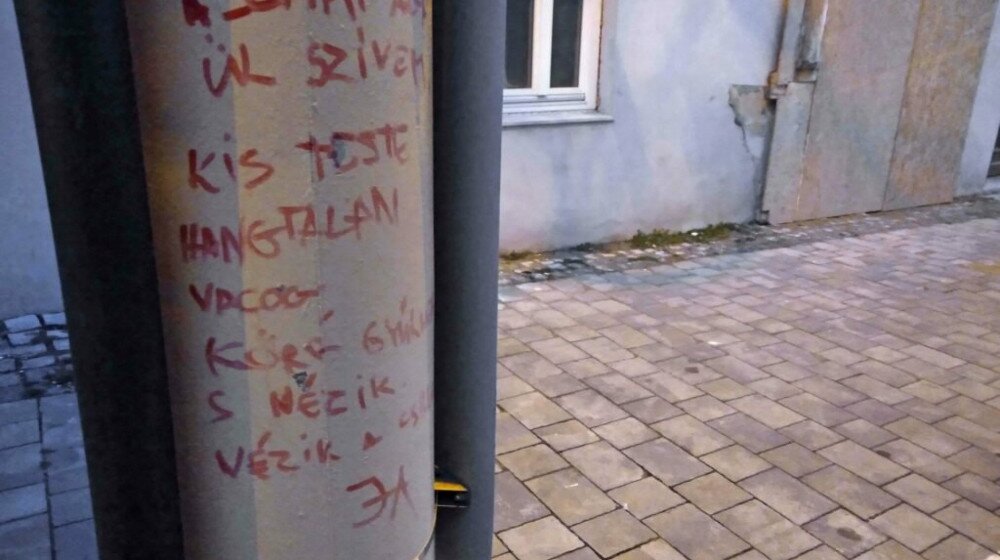 We found Attila József's poem "Without Hope" twice, on Hunyadi Street, on the wall of the Szent Mór School Centre, on an electric switchboard and on a light pole in Vince Street. The writing also shows that it was written by two different people. 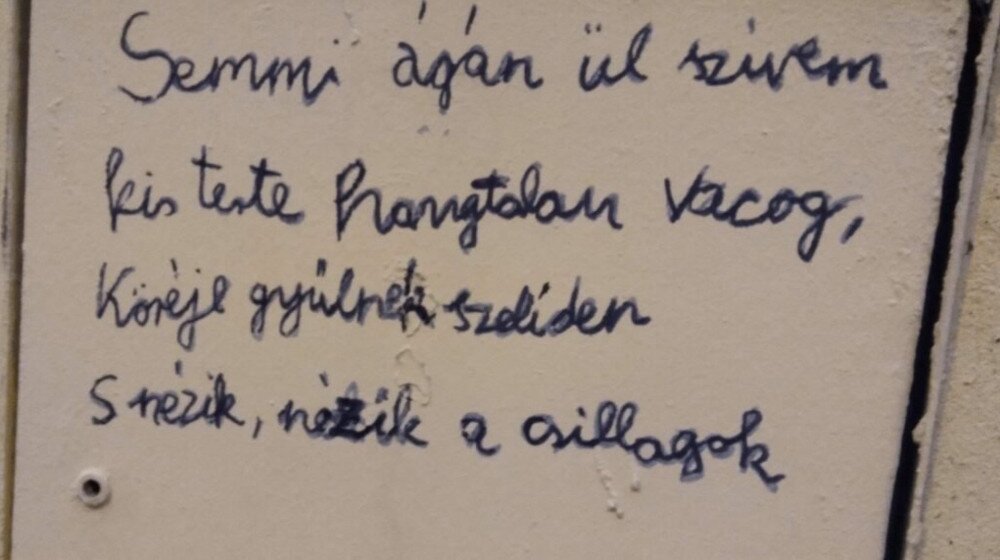 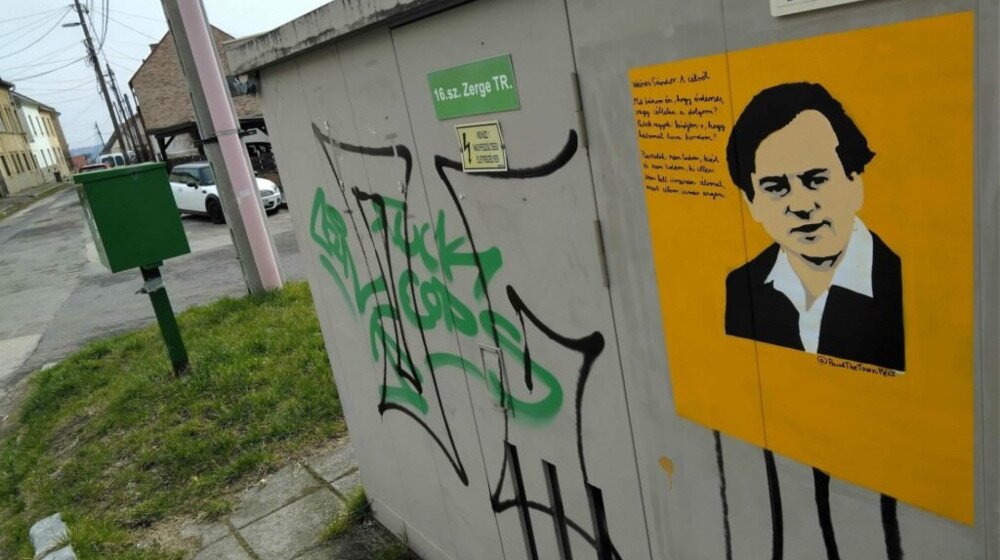 This is the largest public square poem with the poet's portrait on Hegyalja Road, on the north side of transformer house 11400. Sándor Weöres loved Pécs very much, spending almost eight years in the city between 1933 and 1940, when he attended the Elizabeth University. The poet's mother was a Pécs girl, and the house of his grandfather, István Blaskovich, a judge of the court, still stands on Szent István Square, where he was a frequent guest as a child. He also put Tettye and Havihegy into verse, which is perhaps why his poem is here. 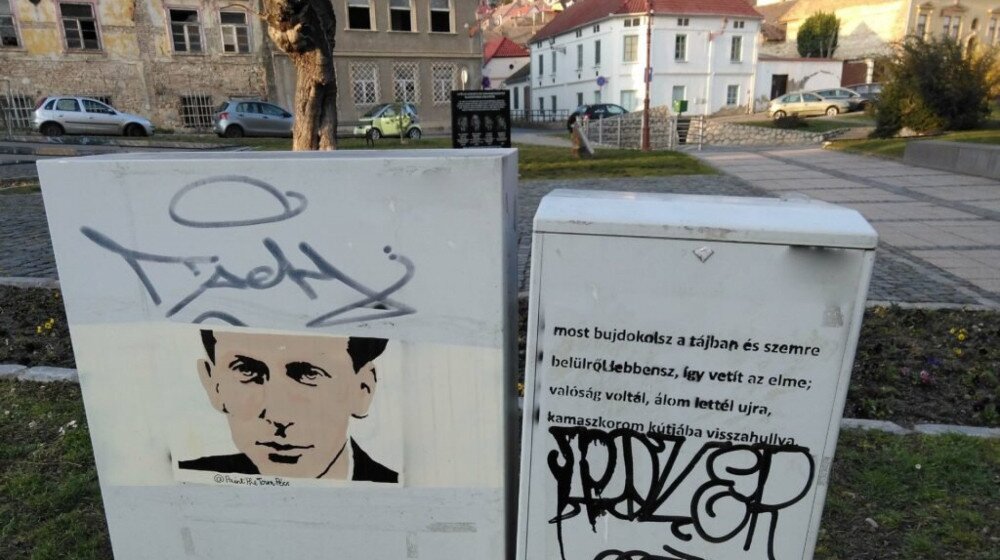 On one of the switchboards in Ágoston Square you can see a portrait and a poem by Miklós Radnóti. The poem is recited by András Bálint, a Kossuth and Jászai Mari Prize-winning Hungarian actor, in an old recording. It is an interesting coincidence that the actor was born in Pécs and lived with his parents in Szendrei Júlia Street until he was three years old. 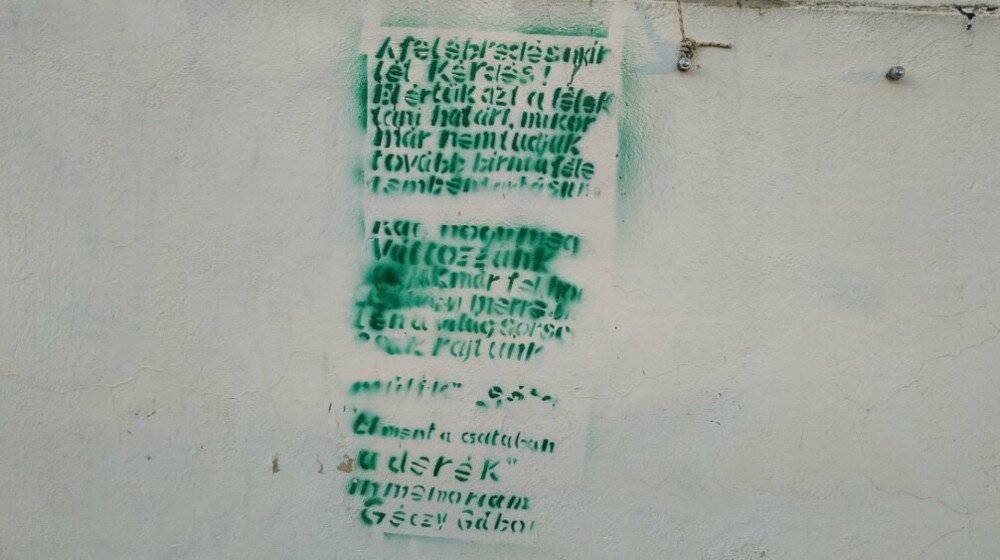 On the wall of a house in the Lower House Street, a quote that at first glance seems cryptic is painted green. The difficult-to-read lines are from the physicist Gábor Géczy. Gábor Géczy, who died in January this year, was the founder of Magfalva, a project of unparalleled merit in the rediscovery of Hungarian folk traditional values. The quote is not complete, the physicist's quote has been shortened by the caption maker.
"Awakening is no longer a kind of spiritual 'party', but a matter of existence. We are slowly reaching a psychological limit where we can no longer bear to be held in fear, and the unbearability of it will force us to change. We must now realise that the direction our world takes is up to us! We have lost our nerve in the battle. In Memoriam Gábor Géczy"