A permanent exhibition about the history of the Zsolnay family and the factory in the oldest building in the area, where the legend began.

Miklós Zsolnay, a wealthy merchant from Pécs, got into the business when he bought a small stoneware manufactory for his eldest son Ignác. The year was 1853. However, his son brought the business close to bankruptcy, and after a year of working together, his brother Vilmos took over. It was a good decision. Vilmos Zsolnay made the factory great and world famous. Vilmos's children are the third generation - Teresa, Julia and Miklós. All three have tied their lives to the factory. Juliet and Teresa were design artists, and Nicholas was a merchant who, at the very young age of 16, managed the commercial division alongside his father. The fourth generation bears the double Zsolnay name: the Mattyasovskys and the Sikorskis. Teresa's husband was Jakab Mattyasovszky, a geologist, and Julia's husband was Tade Sikorski, an architect. Through them, the family was divided into two branches, their children and grandchildren being the current Zsolnay heirs.

The first success for the factory came at the 1873 Vienna World Fair, followed by the sensation of the eosin. It was this technique that led to world success at the 1900 Paris World Fair. Later that year, the death of Vilmos Zsolnay, followed by the World War and another loss, the illness of the young Miklós, set the factory back, but after Trianon, the customs duties imposed on competing Czech and Austrian porcelain products created favourable conditions for domestic sales.In 1948, the Zsolnay factory was nationalised without any compensation. The family members were convicted on trumped-up charges. After their release, they were forced to emigrate. 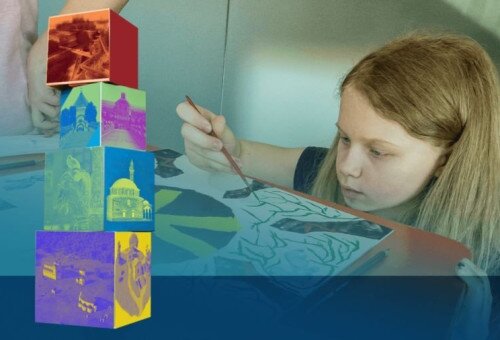 How to get there