The Barbakán is one of the symbols of Pécs and a real tourist attraction. In the 19th and 20th centuries, however, the park area behind the castle wall at the bastion was home to sports fields. There was also a skating rink and a swimming pool. Lajos Gyürüs, the founder of the Régi Pécs site, helped us to learn about the history of the Barbakán sports ground.

In the past, the people of Pécs knew the medieval gate tower on the south-west corner of the Pécs Bishop's Castle as the Kinizsi Bastion. Exactly this: 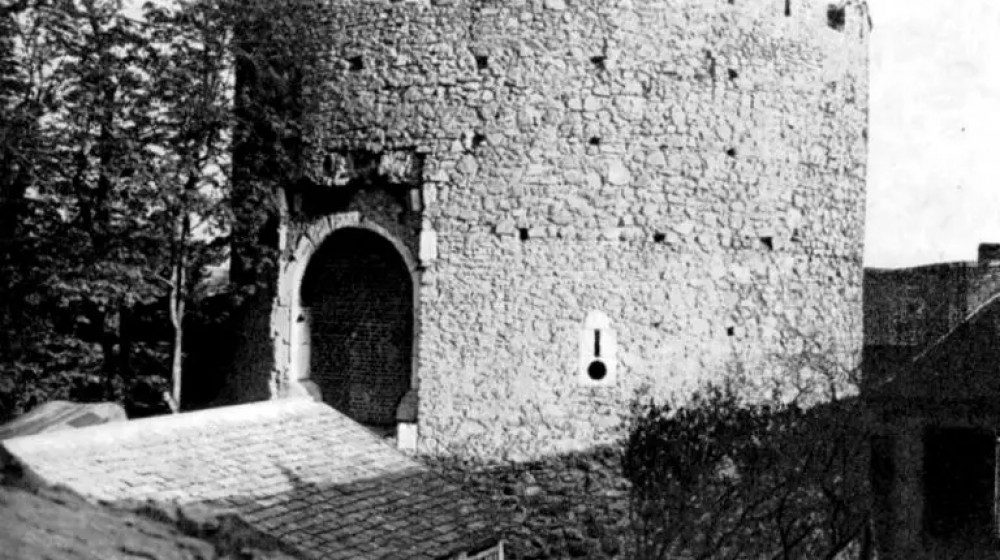 There was also a bath in the moat, which was replaced by tennis. On the western side of the pedestrian square - in the old moat, at the base of the bastion itself - there was a bath in the 1800s. It was known then as Újfürd (New Baths) to the people of Pécs. It was a popular romantic spot, with its own restaurant and garden. Unfortunately, the glory of the baths faded with time and people stopped visiting them. 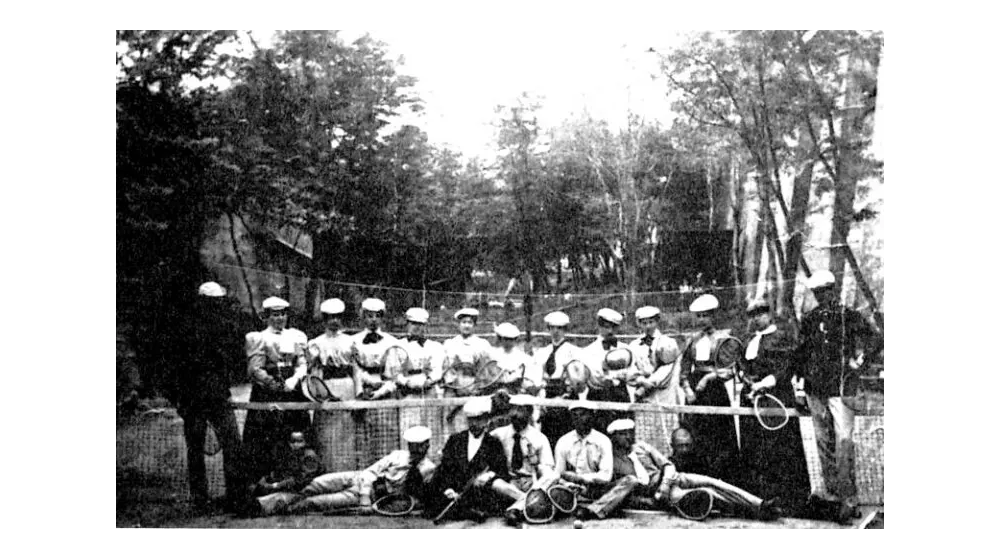 For a long time it was one of the most popular courses in Pécs.
The Zsolnay family then took over the catering facilities and built a tennis court on its site. Exactly when the court was built is not known - only that it was in the early 1900s.

Red times, new games: in 1950, a basketball court was added to the Barbican, and in time volleyball was added. 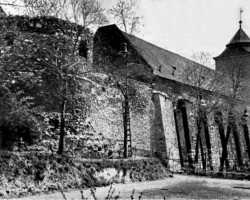 While ball sports were the main sport in good weather, the onset of winter also gave skating enthusiasts a new place in the moat - the year was 1954. There were lights around the ice rink and on one day more than 600 people visited the atmospheric place. 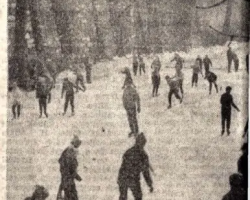 The access to the rink is definitely worth mentioning. From Tamás Esze Street (then Radonai Street), you could enter the rink through the gate of one of the houses. 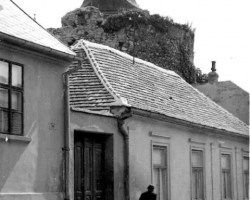 You had to go through the gate shown in the picture

The Meteor ice rink closed in 1967, and with it the tennis, basketball and volleyball courts, as the excavation of the Barbakán began. In 1968, work started and a year later the waterway was completed and opened to the people of Pécs. 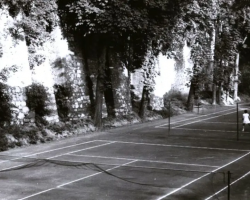