The paintings by Tivadar Csontváry Kosztka, deceased at 66, were left behind in his studio in Budapest. His heirs offered the large-sized paintings on sale for nearby carriers, thinking the excellent quality canvasses could be used as car covers. Gedeon Gerlóczy, a young architect just finishing his studies, was looking for a studio, and catching sight of the advertisement on the door, took a look at Csontváry’s deserted atelier. One of the rolled-up paintings uncurled by accident, and Gerlóczy was faced by the “Lonely Cedar” that - as he told later - had an incredible impact on him. During the auction sale held the next day, he managed to buy up the bequest in advance of the bidding carriers. The paintings were waiting for their chance packed in crates for a while then. Gerlóczy, who was teaching at the Arts college, managed to place some large-sized pieces in the rooms of the College. After the exhibitions in Paris and Brussels in 1949 the paintings were moved to the basement of the National Museum of Arts, and some of them were given back to the owner only six years later. Later on the masterpieces were kept in the research rooms of the National Gallery; one of the large paintings was leaned to the wall in the corridor - facing the wall. When Pécs asked the ageing Gerlóczy’s permission to show the paintings at a permanent exhibition in the early 1970s, he agreed. The Csontváry Museum was established by a deposit contract of ten years.

The museum was opened in 1973, on the 120th anniversary of the artist’s birth - first with eight paintings exhibited in a single room and with a scarce selection of early sketches. The exhibition expanded significantly ten years later, when the state of Hungary bought Gedeon Gerlóczy’s collection that was moved to The Csontváry Museum with the exception of four paintings. The exhibition was enriched with paintings made in Dalmatia, Southern Italy and at home, in Hortobágy and Selmecbánya (today’s Banská Štiavnica). One of the most significant masterpieces, the beautiful “Lonely Cedar” can also be found here, which was painted as a symbolic portrayal of the artist himself. 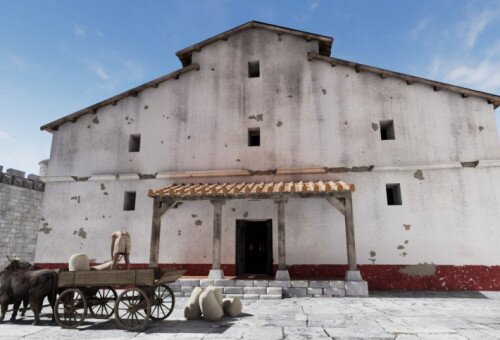 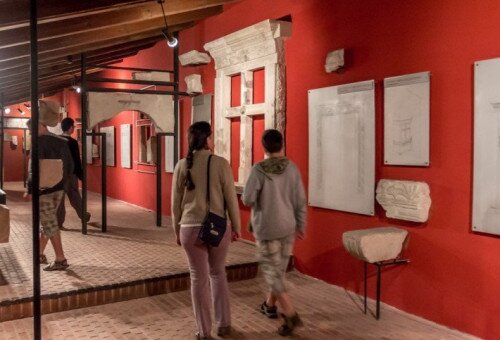